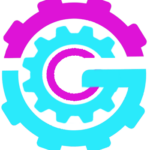 What is your greatest achievement in speedrunning Spelunky 2?

I am the only new runner invited to the event, as in I didn’t start submitting runs for Spelunky HD until August this year, so I have very, very little experience compared to my fellow community members. My best run currently is a 9 min 18 s Sunken City. I was also the first person to complete a Co-Op CO [Cosmic Ocean] run with two players alive.

Why exactly did you choose to run Spelunky?

I didn’t play Spelunky HD for very long when it came out, but I always had an affinity for it and ended up beating it casually in 2015. I didn’t get a hell win until August this year and that’s when I turned to MossRanking and the speedrunning community. Running Spelunky HD and seeing the way the categories branch, depending on the game seed, hyped me up for Spelunky 2 and that’s when I decided I was going to focus on it at release. I proceeded to do very well with my Youtube tutorials for the game, which definitely drove me to do my best in the game.

For the event I am definitely going to be one of the people playing it safe. I only play the game for a couple hours per day on my stream and most of that is Co-Op, so I think I’m probably the runner with the least practice and experience. I plan on going for Vlad’s Cape until I get a run I’m happy with, and then reset for jetpacks after that for speed.

What do you think you need to do better? In other words, what tricks or optimisations are missing from your current performance?

I think the thing I have the hardest time with is endurance for CO [Cosmic Ocean]. Most of my practice runs die around 7-40 to 7-60 because I just get burned out on the run. It’s a problem inherent to Cosmic Ocean that I think all the runners can sympathize with.

What makes you stand-out from the other runners?

I think the thing that makes me stand out from the other runners is my focus on entertainment, while still being able to play fairly well. Most of my streams don’t focus on high-tier gameplay, but I still manage to pull off some very good runs.