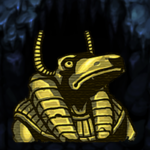 What is your greatest achievement in speedrunning Spelunky 2?

On release day I finished the first ever Spelunky 2 speedrun, which was a 6min 08s Low% run (beating the game with no items or extra health). I had played the game for less than 10 hour at that point. It was a really solid run, and it also demonstrated the Ice Caves skip that I found a couple of hours after release (the skip saves ~10s and makes the run much safer).

Why exactly did you choose to run Spelunky?

I did not choose it as a speed game per say, I just liked Spelunky HD that much that I did not want to stop playing it. The natural progression was to play the game faster and compete for higher scores. By that time I started being active in the community on Reddit and Twitch, which further fuelled my interest in the game. After getting the score world record I branched out to focus on speedrunning. I’m currently standing on the 4th place in the Any% category for Spelunky HD.
Spelunky 2 is just the natural continuation of my journey as a speedrunner, it’s like Spelunky HD but better in most ways.

Speedrunning rogue-likes is special: the main goal is problem solving, and you can only see a small part of the level. From that you need to build a mental map of the level, and constantly update said map as you see more of it. This way you can make decisions that maximize your chances of getting to the exit. Spelunky is also about quick reaction and knowing the underlying systems of how everything reacts so you can react accordingly.

I will be going for first place in [the category] AST [All Shortcuts + Tiamat]. For [the category] CO [Cosmic Ocean], I will start by focusing on getting a completion first – still a quick one, as I will be resetting for jetpack –, then I will aim for taking the first place.

What do you think you need to do better? In other words, what tricks or optimisations are missing from your current performance?

For [the category] AST [All Shortcuts + Tiamat], the goal is to get to the Key split as often as possible to maximize the chance of getting a jetpack, hover pack or cape for that split. My main improvement aimed at is to get more consistent on the first part of the run, so I don’t have to reset that much before Key. For [the category] CO [Cosmic Ocean], the hardest part is to keep Focus up. If you lose Focus, then the chance of dying is 10 times higher. It has happened in several runs that I lose Focus half way through. It is the most important improvement for me there!

What makes you stand-out from the other runners?

I was the first runner (of the ones in this event) to complete [the category] AST [All Shortcuts + Tiamat], a run with 21min 08s with the old timing method, which would be over a minute faster if retimed, holding the WR for 17 days. For [the category] CO [Cosmic Ocean], I got my first completion after just a weekend of grinding, which is really quick compared to other runners.